“A strong Muslim, is better and more beloved by Allah than a weak Muslim” (H.R. Bukhari Muslim). 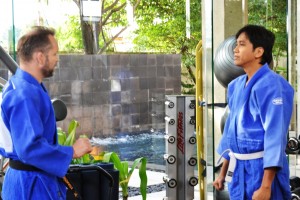 The economic value of a nation is greatly determined by the quality of the individual citizens. Therefore, investment in human resources will determine the capacity and economic productivity of a nation. Investment in human resources will not only enable a Muslim to be a professional in his field, but as to be physically, mentally, and spiritually resilient to face all kinds of obstacles, whether in his work, or life in general. In the last several years, Muslim professionals, as well as other professionals, are actively seeking mental and spiritual enlightenment as an internal re-investment process in themselves to be more prepared to face all the obstacles. The method of mental and spiritual enlightenment is believed to able to improve physical and spiritual abilities so that physical as well as non-physical illnesses will be avoided.

In fact, a comprehensive investment in human resources can be done in modern Islamic schools through the teaching of physical knowledge, spiritual knowledge, and martial arts to produce healthy and resilient islamic 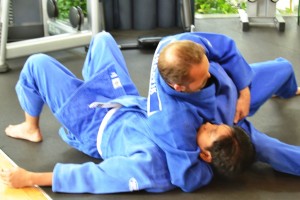 professionals. Islamic martial arts, when taught by the practitioner of Islamic Base Defensive Art (IBDA) has the benefit to increase mental/spiritual intelligence, physical fitness, and for healing purposes of physical and non-physical illnesses. Islamic martial arts may hold an important role in the continuing quest of investment in islamic human resources.

“O you who believe! Endure and be more patient (than your enemy), and guard your territory by stationing army units permanently at the places from where the enemy can attack you, and fear Allah, so that you may be successful.” (Q.S. Ali-Imran : 200).

Self processing through learning of martial arts can be divided into 2 stages :

1. Physical Practice are practices of martial arts routines such as karate, taekwondo, and other martial arts, as a 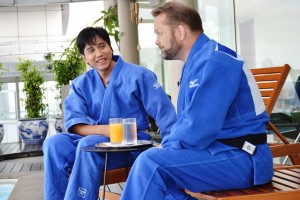 combination of isometric practice (to strengthen the tone of muscles, which will improve muscle strength and bone mineralization) and isotonic (to improve muscle flexibility, increase blood flow and develop blood vessel resiliency
2. Breathing Exercises and Inner Strength are the continuation of physical practice, where the students follow a method of breathing and more specific movements, coupled with dzikir (usually Asmaul Husn), to collect Illahiyah energy to be converted to bio-energy (inner strength). The result of this practice is having great inner strength as a defensive as well as healing power. Meditation and dzikir are one way to improve inner strength by collecting Illahiyah energy and improving spiritual intelligence, as a way to be closer to Allah SWT.

We can witness the case of the Japanese people, who sucessfully ‘forced’ their high school and university students to inherit the ‘bushido’ spirit of the Samurai, by practicing traditional Japanese martial arts such as Karate, Judo, and others, which results in the tremendous work ethics and productivity of the Japanese and turned them into an economic Super Power.

An illustration of Islamic martial arts can be seen in the hadits and the sayings of the Sahabat :
Of Ali r.a. upon fighting a feared and well known Quraisy fighter, Rasulullah SAW said of his resolve, “On this day (critical day) the embodiment of Iman will face the embodiment of Kafir; there are no swords but Dzulfikar and no Man but Ali”

Whereby Ali r.a. replies to Rasulullah SAW’s praise of his physical, mental, and spiritual toughness in the face of the 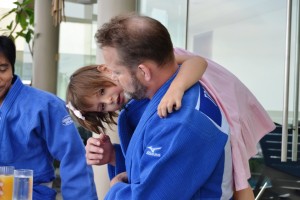 Qufar. : “There is no knowledge that I hold, save the knowledge Rasulullah SAW have imparted to me.”

Martial arts and Islamic inner strength with Allah SWT blessing can be one of the steps following investment in islamic human resources, in order to produce professionals who are tough physically, mentally, and spiritually. They will be full of optimism, motivated, humble, and tawwakal to Allah SWT. With those quality of human resources, the nation can achieve better results, with more productivity and more resilience in facing the challenges of work and life.

For Complete Video Please See The Link On The Footer Below